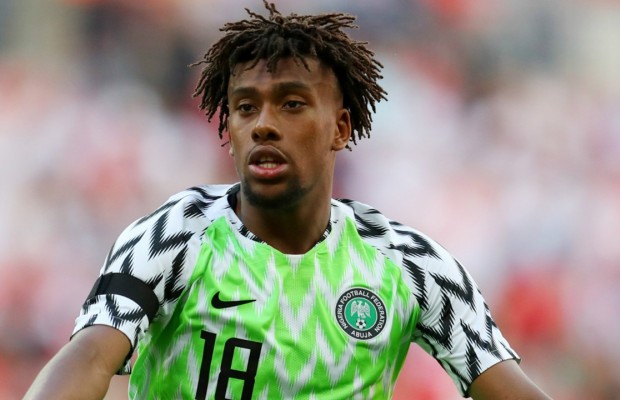 Arsenal winger Alex Iwobi has admitted that it was a difficult decision to commit his international future to Nigeria, where he was born, over England, where he was raised.

The Hale End Academy graduate turned out for England's U16, U17 and U18 teams before he became cap-tied to the Super Eagles when he made his competitive debut against Egypt in an African Cup of Nations qualifier on March 25, 2016.

Iwobi had trained with Nigeria's Olympic Team in 2015 and was in the frame to play against Gabon U23s in an All Africa Games qualifier but there were question marks about his eligibility so the Nigerian Federation had to pull him out of the squad.

''It wasn’t easy for me picking Nigeria over England given the fact that I was brought up in England given the good care and treatment I got,'' said Iwobi. Iwobi's former England U17 teammates Dele Alli and Ruben Loftus-Cheek are in line to play against him in the Super Eagles friendly against the Three Lions at Wembley on June 2.

Chippa United Fans To Akpeyi: We Will Be Rooting For You, Nigeria At World Cup