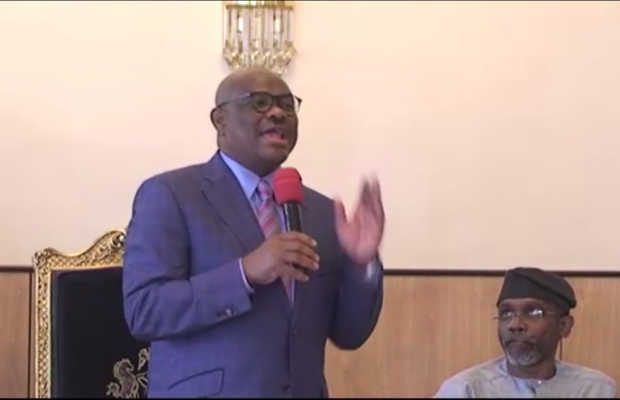 The Governor of Rivers state Nyesom Wike has urged the National Assembly members to work together for the interest of the nation.

Governor Wike made the remarks at the government house in Port-Harcourt when he received the majority leader of the House of Representatives Femi Gbajabiamila who led other lawmakers to solicit support.

Speaking at the gathering, the Rivers state Governor calls for teamwork irrespective of party differences.

The majority leader and his team also promised to visit other states in the south south and South East in soliciting for support.