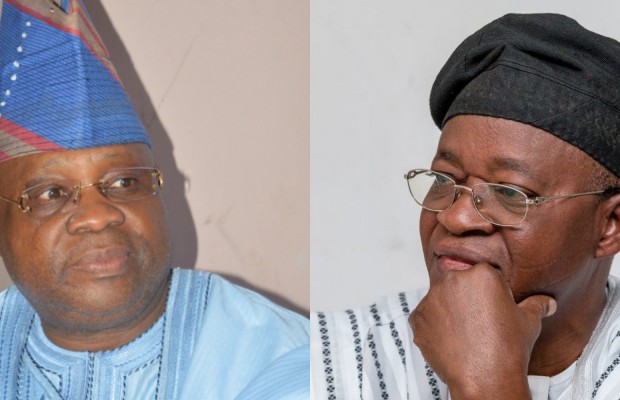 It has been a celebration galore in Abuja in the APC camp as the Supreme Court affirmed the victory of Adegboyega Oyetola as validly elected governor of Osun State after dismissing the appeal filed by the People’s Democratic Party and its candidate Ademola Adeleke challenging the outcome of the election.

A seven-man panel of the Apex court justices in a split judgment of five against two upheld the decision of the court of appeal that set aside the judgment of the Osun state election petition tribunal that declared Adeleke winner of the election.

Two other justices on the panel upheld the judgment of the tribunal that Adeleke should be declared the winner.

Justice Bode Rhodes-Vivour read the lead judgment that affirmed the election of the governor.