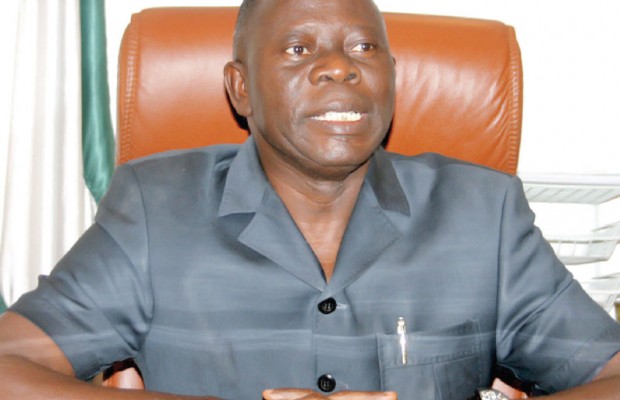 The National Chairman of the All Progressives Congress, Adams Oshiomhole, has said he is ashamed of the role being played by the Edo State Governor, Godwin Obaseki, in the crisis rocking the State House of Assembly.

Oshiomhole spoke against the backdrop of the inauguration of the Edo State House of Assembly with nine out of the 24 members present and with the endorsement of Obaseki.

He lamented that only three of the nine lawmakers were said to have been forcefully taken to the Assembly for the inauguration.

The APC  chairman also denied fuelling crisis in the state saying he has not played any role as a godfather as alleged in many quarters.