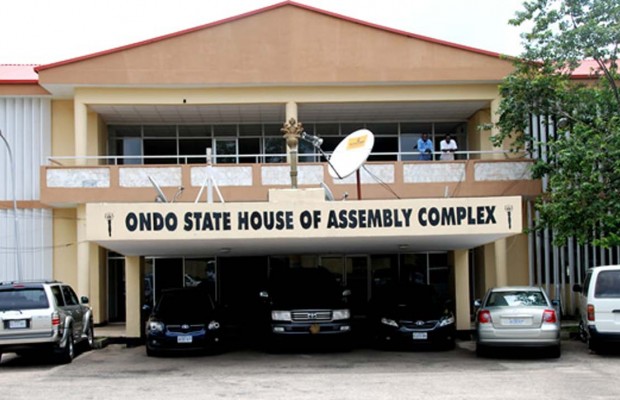 17 out of the eighteen nominated interim chairmen for local governments have been confirmed by the Ondo state House of Assembly.

The lawmakers, however, refused to confirm the nominee for Odigbo local government, Mrs Margaret Akinsuroju for certain undisclosed political reasons and referred her for further scrutiny.

Akinsuroju served as Commissioner for Women affairs under the administration of late former governor Olusegun Agagu.

Governor Oluwarotimi Akeredolu sent the names of the nominees to the Assembly last week.

The lawmakers at a plenary presided over by the speaker, Bamidele Oleyelogun after screening the nominees sent in by the Governor, Mr Oluwarotimi Akeredolu confirmed their eligibility to serve the people of the state.

The Speaker, Mr Oleyelogun after the House Selection Committee submitted their report noted that the confirmation of the interim chairmen became imperative in order to avoid a vacuum in the local govt administration in the state.

The interim chairmen are expected to spend six months in office.