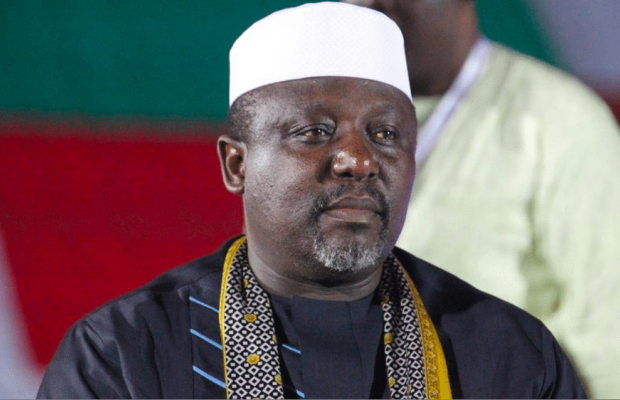 Following the purported claim of the arrest of the immediate past Governor of Imo state Mr Rochas Okorocha, his media aide Ebere Nzeuji in an interaction with newsmen in Owerri the Imo state capital described the claim as unfounded and cheap propaganda from those in the opposition party.
Nzewuji said, the governor his free, safe enjoying himself while getting set to commence another intriguing face of his life, he maintained that no agency has approached him on any matter of such.
Our correspondent Ajibade Awofeso reports that the former governor was sighted earlier in the day with children of his foundation whom he promises to start appearing in person to teach in their various classes.