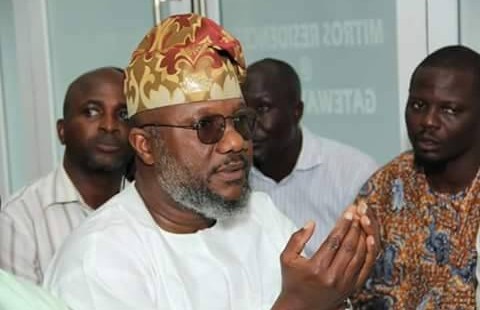 Elders of the Ogun West Senatorial District have adopted Hon. Abdulkabir Adekunle Akinlade as the consensus governorship candidate of All Progressives Party (APC) for the 2019 election in the state.
Alhaji Ajibola Olagbaye, made the announcement on Thursday at the residence of former Secretary to the Ogun State Government and Head of Service, late Deacon Poju Adeyemi, in the presence of party executives, elders and other aspirants, after a closed-door meeting, which lasted hours.
Speaking after the announcement, as a sign of commitment, one of the aspirants and Speaker of the state House of Assembly, Rt. Hon. Suraju Adekunmbi, commended the leadership of the party in the Senatorial District, for doing a great job.
He congratulated Akinlade, assuring him of his unflinching support and that of other aspirants.
Responding, Akinlade thanked the elders and other aspirants, saying it is a project and vision for all, assuring party faithful that he would operate an all-inclusive government.
Akinlade, who hails from Ipokia Local Government Area of the state, in the Ogun West Senatorial district, is a serving member of the House of Representatives, representing Egbado South and Ipokia Federal Constituency.
The taxation expert, popularly called Triple-A,  holds a Bachelor of Science degree in Political Science from the Lagos State University.
Reports by John Felix (Ogun correspondent)