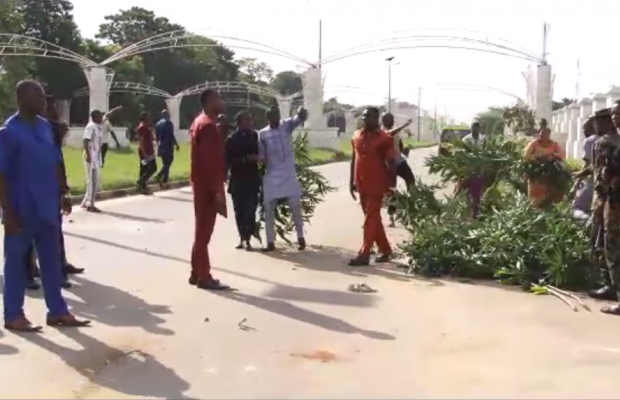 The Imo State House of Assembly in a plenary on Monday suspends the 27 local government chairman and the 645 councillors in the state over gross misappropriation of public funds.

The house also set up a panel of enquiry on land allocation and employment done by the former governor Rochas Okorocha.

While moving the motion at the hallowed chamber, the member representing Ezinehite Mbise state constituency, Bruno Okoha said the house has on several occasions invited the local government chairmen both on radio and print media but they fail to show up.

The lawmakers said that there are allegations that the chairmen spend public funds without the approval of the legislative council.

Recall that the same house under the speaker Acho Ihim a few weeks ago suspended and recalled back the chairmen in the state but this time both the chairman deputy and all councillors were affected.

While protesting at the main entrance of the house, the councillors vow not to vacate office saying that the lawmaker has no power to suspend them.

The Chairman of all the chairmen who spoke on behalf of the 27 chairmen said the matter is already at the high court.

Reacting on the behaviour of the house the Chief whip of IMO house of assembly Arthur Egbim said the house is only doing his constitutional duty.