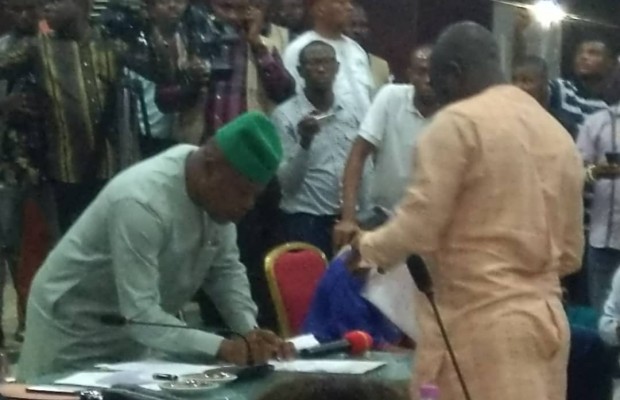 The selected members, having gone through the state assembly screening were on Tuesday the 18th of June 2019 sworn in into office.

Addressing them shortly after signing their appointment letters Governor Ihedioha said, the 27 were selected base on merits. He tasked them to raise the bar high as the Imo people will not settle for anything less.

Governor Ihedioha said the move is to ensure that local government function as an autonomous government and the people must fill government at grass root to cushion the effect of rural-urban migration.

He, however, tasked them not to fail in their respective local government area. The governor also reminded them that anyone fund operating below standard will be removed in the best interest of the people of Imo state.

Consequently, the governor reiterated that the past local government administration under former governor Rochas Okorocha will be subjected to intensive scrutiny and every kobo of meant for the said period must be accounted for.

They, however, promise to discharge their duties effectively by bringing government closer to the grass root to enable them enjoy dividends of democracy.