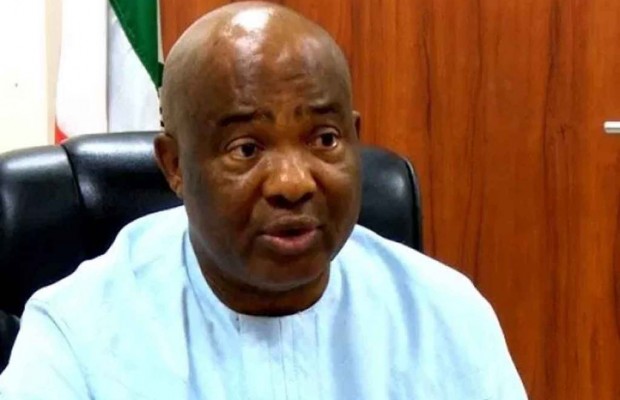 The governor of Imo state, Senator Hope Uzodinma has accused leadership and members of the Peoples Democratic Party PDP of instigating violence against his Government.
The governor stated this while meeting with traditional rulers in the state when they pay him courtesy visits at the government house in Owerri the state capital.
He maintains that his prosperity mantra will erase the numerous wrongs in the state and the people will once again have recourse to believe in their government.
Track up: Sen. Hope Uzodinma - Governor of Imo state.
Speaking further the governor decried the unholy activities, says it is a deliberate attempt by the PDP to destabilized government across the nation.
He beckons on the federal government as well as security agencies to rise off to the occasion and nip it to the board.
He equally tasks traditional rulers in the state to keep a close watch on their subjects and make sure they are not used by power-hungry politicians to perpetrate illegalities.