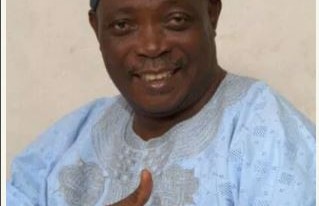 Ladoja also announced Barrister Sarafadeen Alli as the flagbearer of the party for the next year election.

The former governor who spoke at his Bodija country home said his desire is for the party to win the gubernatorial election in 2019. He is confident that Zenith Labour Party would dislodge the ruling party next year.
On the reason for his defection, Ladoja said most of the decision-makers in the ADC were invisible, hence, the need for him to join Zenith Labour Party.
He explained further that the inability of the leaders of African Democratic Congress to carry along all the major towns, groups and zones in the state, such as the people of Ibarapa geo-political zone, Kajola, Itesiwaju and Iwajowa was another reason responsible for his defection from the party to Zenith Labour Party.

As campaign activities gather momentum in the state, Ladoja said that the Zenith Labour Party remains the party to beat