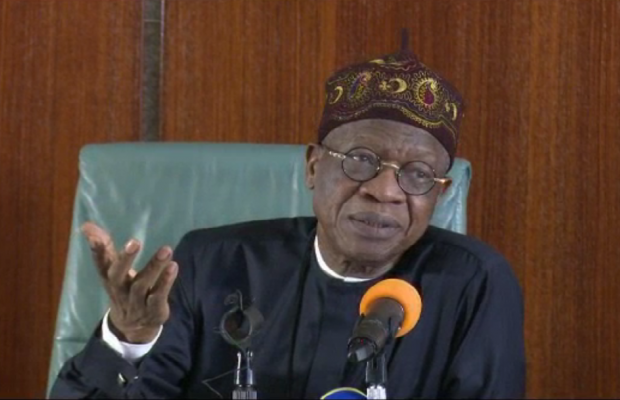 The Federal Government has warned the main opposition People's Democratic Party PDP to refrain from acts capable of overheating the polity.

The government issued this warning through a statement by the minister of information and culture Lai Mohammed over what it described as unpatriotic and desperate politicking by the party and its presidential candidate in the last elections Atiku Abubakar.

It warned that such actions including attacks on the executive and the judiciary were threats to the nation's democracy.

In his own words: “He said the Federal Government strongly decry the increasingly unpatriotic and desperate opposition being played by PDD and its presidential candidate Atiku Abubakar, warning that such opposition could be toxic if left unchecked.

“Never in the history of our politics as an opposition party and presidential candidate has witnessed the kind of desperate tactics being deployed by the duo of PDP and its presidential flag bearer especially since President Buhari vehemently defeated Atiku to win the presidential election.

The federal government advised the party to concentrate on its legal challenge on the election rather than fan the embers of disunity.

Watch the video of the press statement below