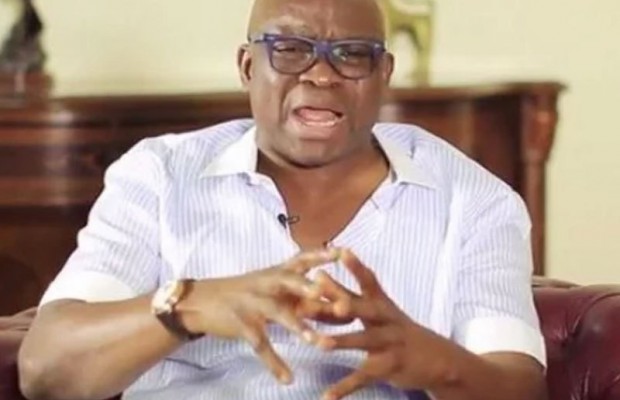 The governor of Ekiti state, Ayodele Fayose has again expressed his dissatisfaction towards the inability of the All Progressives Congress (APC)-led administration to fulfill its 2015 campaign promises.

The Ekiti state governor slammed the APC-led federal government for its failure to deliver its promises to Nigerians and the untold hardship meted on the citizens.

Fayose said this during his visit to Rivers state to commission some of the road projects completed by the governor Wike’s administration.

While speaking on the numerous crisis rocking the Peoples Democratic Party (PDP), Fayose declared that the PDP remained unmoved despite what he described as intimidations from the present administration.

He, however, commended Governor Wike for the live transforming projects to better the lives of the Rivers state citizens.