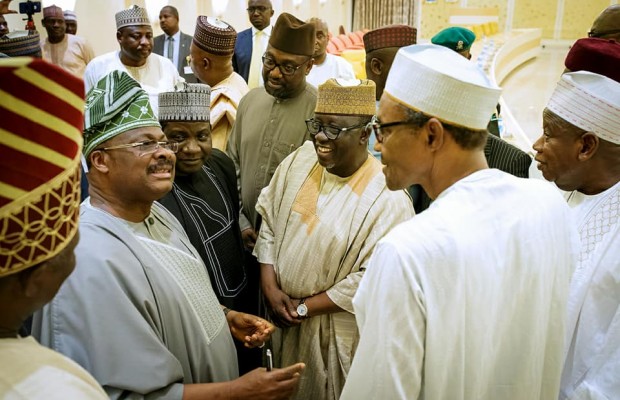 The ruling All Progressive Congress, (APC) says, there is no going back on the states congresses and convention of the party scheduled to hold in May this year .

Governors of the party gave the assurance after a closed-door meeting held with President Muhammadu Buhari in Abuja on Tuesday.

Chairman of the progressives Governors’ Forum, Rochas Okorocha who addressed journalists after the meeting said they met the president to restrategize on how to the make the convention hitch free.

He said they are looking at the leadership of the party with view to ensuring that the convention elects credible team that will take the party to greater heights.

The governors emphasisied that the party needs to be careful when electing leadership to avoid regrets in future.

Okorocha added they were in the villa to encourage the president on his decision to seek reelection in the forthcoming general election.

On insinuations that the APC may settle for a concensus candidate duing the convention, Boss Mustapha, Secretary to the Government of the Federation (SGF) said such arrangement cannot not be ruled out since it is an acceptable democratic practice.

The meeting was also to welcome the president who just returned from the United Kingdom for the just concluded Commonwealth Heads of Government Meeting .

Buhari to appear before Reps