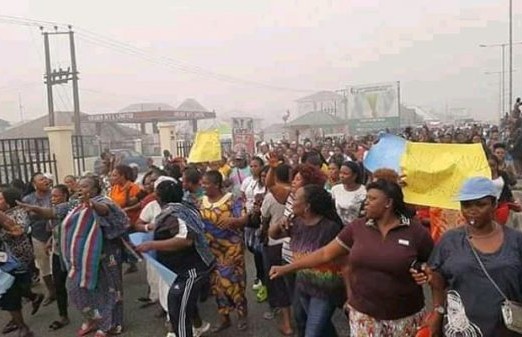 Hundreds of protesting supporters of the All Progressives Congress in Bayelsa state have blocked the entrance of the Government House in Yenagoa in protest over the supreme court judgment recognizing the PDP Governorship candidate David Lyon as the Governor of the state.

The protesters who made bonfires at the Government house link road defied the presence of armed policemen who shot to scare the protesters.

Some of the protesters who expressed their displeasure said nobody can take the mandate of David Lyon of the APC.

The protest which lasted for several hours led to motorists taking alternative routes as some motorists have earlier complained of being attacked.