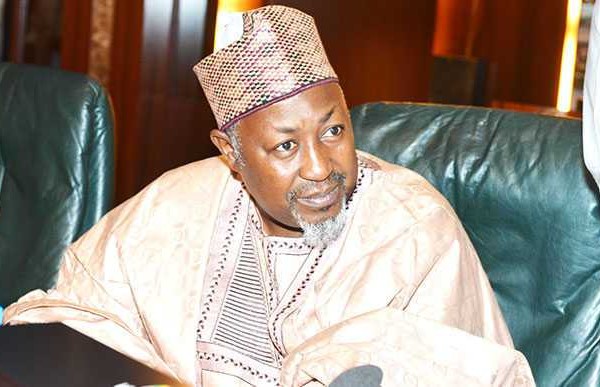 Barely one week to the gubernatorial election in Bayelsa State, Governor Abubakar Badaru says his party, the All Progressives Congress is ready to clinch victory at the polls.

The governor who was addressing journalists after a meeting with the chief of staff to President Muhammadu Buhari, Abba Kyari, said given the solidarity shown by party stalwarts, the coast is clear for APC to win the election in Bayelsa state.

Badaru insists that the party has high chances evident in the encompassing rally they had which he said was better than that of the leading opposition party, PDP.

He also relied on the perceived defection of important PDP members to APC as one of the reasons APC should win the election.

The governor also reacted to allegations of importation and training of over one thousand thugs to disrupt the election.

He said it is insensitive for anyone to accuse the Kogi State governor of planning to disruption election which he is sure of winning but assured that the ruling party will not go against the law to ferment trouble before during and after the polls.

Recall that officials of the People Democratic Party had earlier accused the ruling APC of planning to disrupt the peaceful conduct of the polls with the view manipulating the process to favour the party.