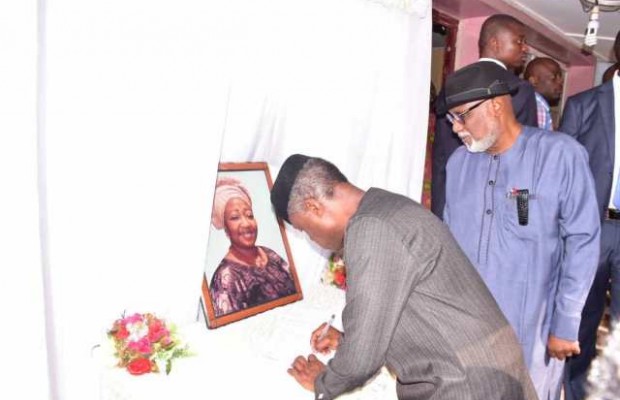 Vice president of Nigeria, Professor Yemi Osinbajo has paid a condolence visit to the leader of Afenifere, Pa Reuben Fashoranti whose daughter was gruesomely murdered on the highway along Ore/ Lagos road.

V.P Osinbajo condemned the attack on Funke Olakunrin and many other Nigerians who had one way or the other encountered criminals that have turned forest across the country as their hideout to unleash terror on innocent people.

Addressing newsmen at the country home of the elder statesman, Professor Osinbajo said the government is currently working on modalities to strengthen community policing.

He also cautioned those that said the federal government is not doing anything about the spate of insecurity in the country saying a lot is on the pipeline to reign and improve on security networking including surveillance for intelligence gathering across the country.