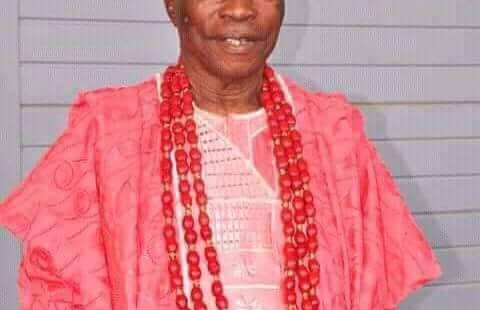 The family of late monarch, Onise of Odo Oro, Joseph Olowoselu has dispelled the rumour that he was killed by a lunatic.
Speaking on behalf of the family in an exclusive interview with Galaxy TV, the younger brother of the deceased Rev Mathew Olowoselu said the level of speech coordination of the principal suspect is beyond that of a madman.

He suspected some sort of conspiracy and as a result, appealed to the police to carry out a detailed investigation to ensure that culprits are brought to justice.

He bemoaned the lack of police presence in the community at such a critical period.

He, however, appealed to residents of the community, especially youths to embrace peace and harmony in spite of the unfortunate occurrence.
When our correspondent visited the community, preparation on the final rites and burial of Oba Joseph Olowoselu were ongoing. The atmosphere was tense, clearly depicting a people still mourning the unexpected killing of their monarch.
Oke Oro Ekiti that was once a bubbling community now wearing a mournful look following the unexpected killing of the traditional ruler of the community.
The monarch was stabbed to death on Monday in the middle of the road -on his way home from the palace after a meeting with community chiefs.
Residents of the community eulogized the late monarch and describe him as the unifying factor between the two communities that made up Odo oro.
The wife of the monarch described him as her best friend and appealed to youths to learn from the late monarch, saying he puts community services ahead of himself in the scheme if things.
When contacted, the police public relations officer of Ekiti State police command Caleb ikechukwu said the police have arrested the principal suspect in the murder case.
The community appealed to the police to unravel the mystery behind the murder of the Monarch.
Reports by Deola Aderibigbe