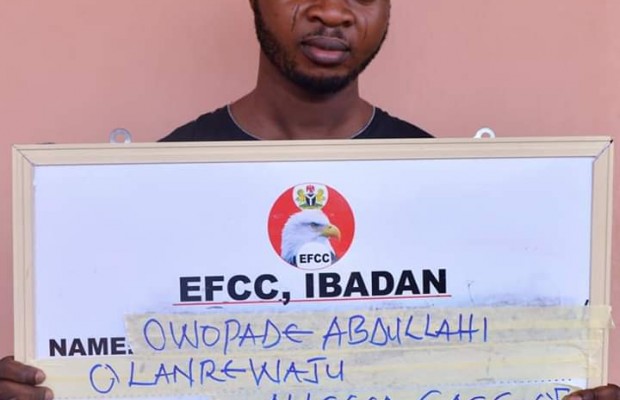 The Economic and Financial Crimes Commission, EFCC, Ibadan Zonal office, says it has secured the conviction of six Internet fraudsters in Abeokuta, the Ogun State capital.
Presiding over the matter, Justices Mohammed Abubakar and Ibrahim Watilat of the Federal High Court, Abeokuta Division handed down
three months jail term to each of the convicts.
The convicts include,  Ibrahim Adenekan, Akinniyi Bankole Ojumu, Amoo Hammeed Olamide, Oshoala Abayomi Ganiu, Opaaje Oluwatobi Isiah and Ibukun Sunday,  were all found guilty of the respective one-count amended charges filed to replace the original charges against them; having reached an agreement with the Commission on plea bargaining.
Besides the jail term, the convicts were ordered to restitute to their victims the money they fraudulently collected from them, and also forfeit all the items recovered from them to the Federal government of Nigeria