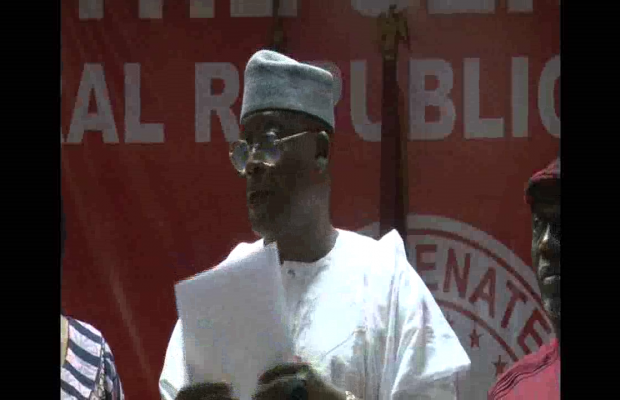 The Nigerian Senate has condemned the action of members of the Islamic Movement in Nigeria also known as Shiites who took their protest to the National Assembly Tuesday an incident that turned bloody, with gunshots fired and properties including vehicles vandalized.

Galaxy’s Godfrey Eshiemoghie reports that the Senate condemned the protest during a press conference by the Chairman of the Senate ad-hoc Committee on Media and Publicity, Senator Adedayo Adeyeye.

The Senate Acting spokesperson informed Senate Correspondents that the ninth Senate is yet to take delivery of any petition from the Shiite group calling for the release of their leader who has been in custody along with his wife for almost four years.