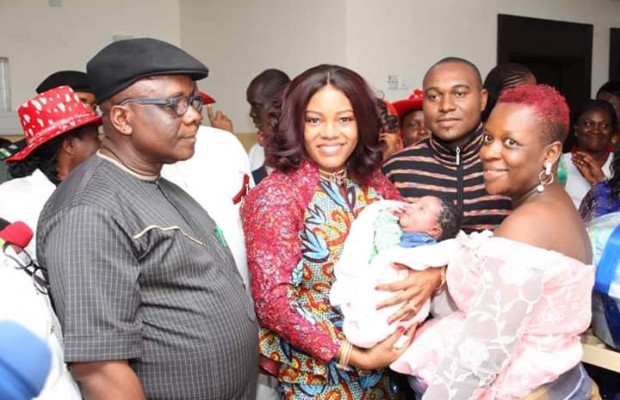 The Christmas baby born to the family of Mr and Mrs Uchenna  Amadi arrived at ten minutes past eight on Christmas day weighing 4Kg at birth.

Accompanied by female permanent secretaries and wives of top government functionaries, Justice Wike named the baby Nyesom after the Rivers State Governor, as the Chief medical director of the Rivers State University Teaching hospital speaks on the delivery.

In an interview with journalists, the wife of the Rivers State Governor expressed satisfaction with the transformation of the teaching hospital into a modern health facility and called on parents to train their children to contribute positively to the development of the society.

Justice Wike said her office will be in touch with the family, in other to monitor the progress of the Christmas baby.

The high point of the visit was the presentation of gifts to the Christmas baby and children in the children, sward.