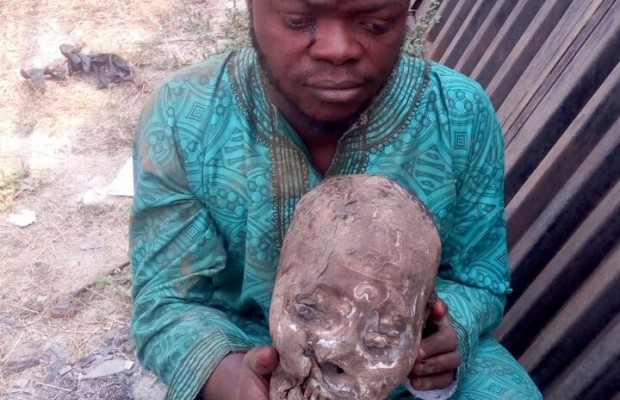 Police in Ogun State have paraded two suspected ritualists and murderers arrested in connection with the gruesome killing of a 17-year-old girl, Taye Gusau, at Idosemo area of Ipokia local government of Ogun state.
The suspects, Yewanu Tailoju and Asamo Soji who are cousins lured the innocent girl, who was hawking puff-puff into the nearby bush and cut her life short.
They cut off her head, hands, private part and removed her heart and intestine before dumbing her remains in a well.
While parading the suspects at the Ogun Police Headquarters, Eleweran, Abeokuta, the Commissioner of Police, Ahmed Iliyasu described the act as inhuman act of man to fellow human being and assured that perpetrators will face the full weight of the law.
One of the suspects also confessed to the act and confirmed that this is the second time he would be carrying out this ungodly act.
Reports by Felix John

Politicians react as IG orders CP, officers to step aside