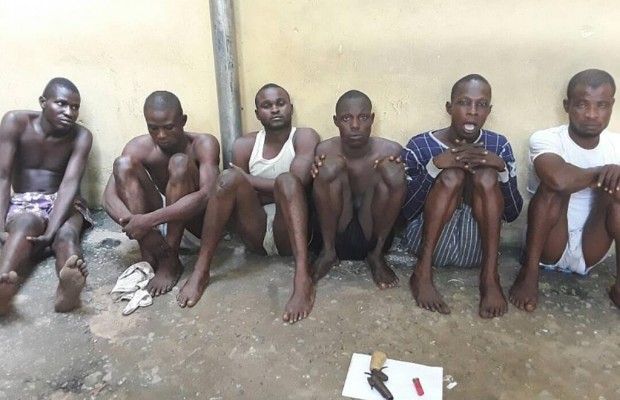 The Ogun State police command on Tuesday paraded six suspects in connection with a robbery incident in Abeokuta, leaving one dead.

Parading the suspect, the commissioner of police in the state, Kenneth Ebrimson said the suspects invaded the house of the victim in the midnight, armed with cutlass and inflicted various degree of cutlass injuries.

He said the victim was dispossessed of 5 different types of handsets, one laptop, a cash sum of #60,000 and other valuables, which has been recovered by the police.

The Commissioner of Police urged would-be criminals to stay clear of the state.

He noted that there would be no hiding out for criminals in the state.

Narrating his ordeal, the victim said the robbers attacked him from his sleep, demanding for some valuables.

He identified some of the suspects that attacked him in his house.

The suspects, however, confessed to the crime