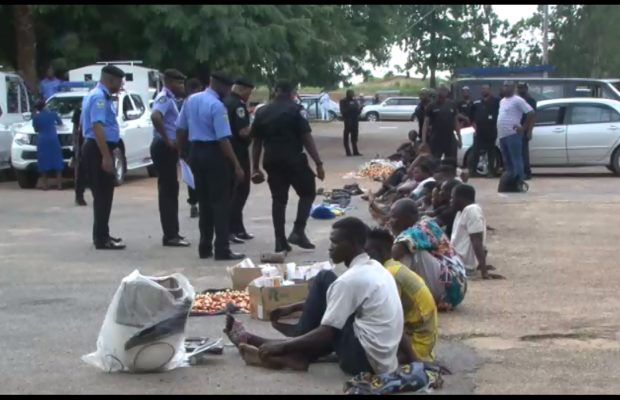 Officers of the Oyo state anti-robbery squad have arrested a suspected armed dealer identified as Salami Gafaru with 750  live cartridges
around Saki area of Oke-Ogun.

The Commissioner of Police in the state, Shina Olukolu while parading some of the suspects arrested in connection with armed robbery,

kidnapping, cultism among others at the command headquarters, Eleyele Ibadan says the suspect is a notorious dealer in arm and ammunition.

Olukolu added that the suspect is a member of a robbery and kidnapping gang that has been terrorizing the people of Oke-Ogun in Oyo state.

Olukolu who disclosed that the impact of the recently launched operation puff harder is being felt in the state disclosed that some students of tertiary institutions in the state, who are members of eiye confraternity, have been arrested in Saki during an initiation exercise.

One of the suspected cultists confessed to the crime during an interview with journalists. The commissioner of police solicited the continuous support of residents stressing that his men will not rest on their oars.

Officers charged to be committed

community kicks against imposition of monarch