community kicks against imposition of monarch 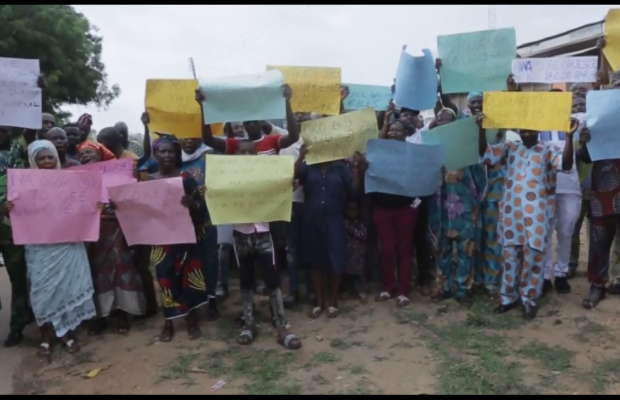 The protesters with various inscriptions on their placards are appealing to the state government to give approval to the installation process.

Speaking on behalf of the community, Elder James Kumoye said the kingmakers in the community had elected Rotimi Mulero as the Oba - elected since March 25, 2019, but the government had failed to give approval to the installation process.

He noted that Mulero's election represented the peoples' choice and any plot to compromise the kingmakers' decision would be resisted.

He called on Governor Ibikunle Amosun to approve the Oba - elect's appointment to enable them embark on the traditional rites ahead of the installation.

Representing the state government, the Commissioner for Local Government and Chieftaincy Affairs, Jide Ojuko assured them the Amosun - led government would not impose monarch on the community.

He added that justice will be done in the interest of the people.