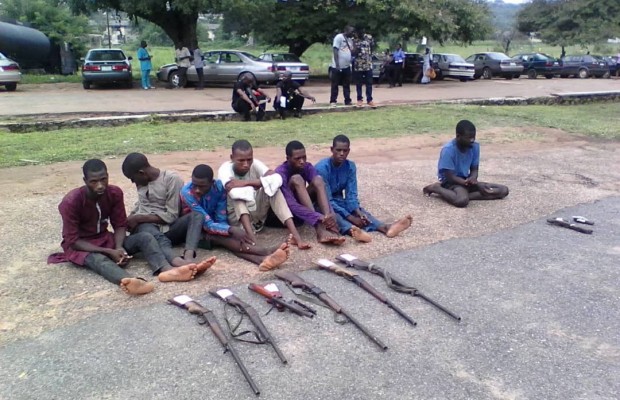 The Commissioner of Police in Oyo State, Shina Olukolu has paraded some suspects arrested in connection with armed robbery, stealing, unlawful possession of arms and ammunition among others.

Addressing Journalists before the paraded, Olukolu disclosed that the suspects were arrested based on credible information from members of the public.

He promised that the suspects will soon be charged to court for appropriate legal action.

Olukolu further disclosed that the command with the support of the AIG zone 11 has embarked on mass deployment of officers to Ibarapa and other trouble spots in the state.

Truck rammed into shops in Bayelsa