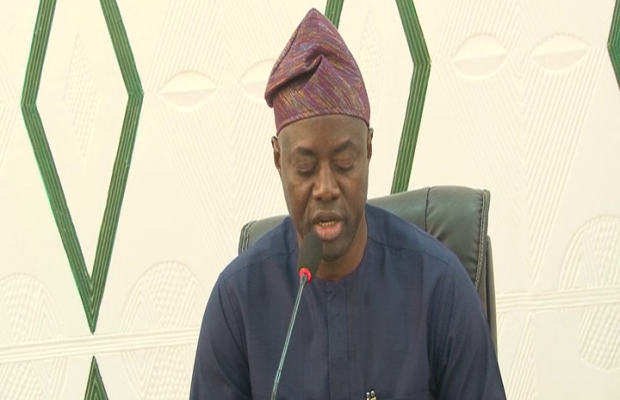 Oyo State Governor, Engineer Seyi Makinde, has announced the revocation of the Moniya-Iseyin road contract awarded during the administration of the immediate past government for the sum of N7billion.

Governor Makinde, who made the disclosure while speaking at the launch of a $5 million Agribusiness Project initiative says the road is central to the government's resolve to promote agribusiness.

According to him, the previous government awarded the contract to an Engineering firm that did not have the capacity to handle the project, adding that even though the owner of the firm was known to him, he could not mix friendship with the business of governance.

Correspondent kunle Ojo reports that the contract was revoked to enable the state government to address the challenges of moving farm produce around the state.

The Governor added that the state government would go ahead to re-award the contract, noting that if when completed, the road would redress the challenges of moving farm produce from Oke Ogun area to Ibadan, the state capital.

Makinde maintained that Oyo was ready for agribusiness, noting that since his administration had promised to expand the state’s economy through agribusiness, the state was set to turn farm settlements around. On his part, the Deputy Director-General of IITA Partnership for Development, Mr Kenton Dashiell promised to support the state government in this regard.