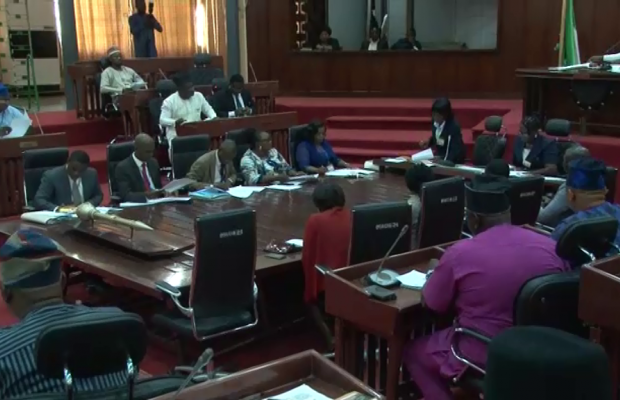 Oyo state house of assembly has affirmed the dissolution of the state independent national electoral commission following the conduct of election into the newly created local council development areas in the state.

The lawmakers during the house proceedings today also charged the executive arm of government to urgently reconstitute the commission with the mandate of conducting fresh local government election.

Speaking under matters of urgent public importance, the majority leader of the assembly, Hon. Sanjo Adedoyin from Ogbomosho south state constituency noted that the conduct of local government election in Oyo state by the state independent electoral commission in may 2018 in the newly created local council development areas was unconstitutional.

Although he maintained that the creation of the new local council development areas was a laudable initiative but has not been recognized by the constitution of the federal republic of Nigeria.

The matter led to a debate among the lawmakers under the umbrella of the people's democratic party and all progressive congress. while majority of the lawmakers supported the dissolution of the state electoral commission, former speaker, Hon Asimiyu Alarape moved against the dissolution.

The speaker of the assembly, Hon. Debo Ogundoyin who commended the lawmakers for the intellectual debate subjected the issue to voice vote while the majority supported the dissolution.

The speaker affirmed that the constitution of the federal republic of Nigeria only recognized 774 local government council adding that the assembly will not condone illegality.

The lawmakers further called on the executive arm of government in the state to urgently reconstitute the Oyo state independent electoral commission to conduct fresh local government election.