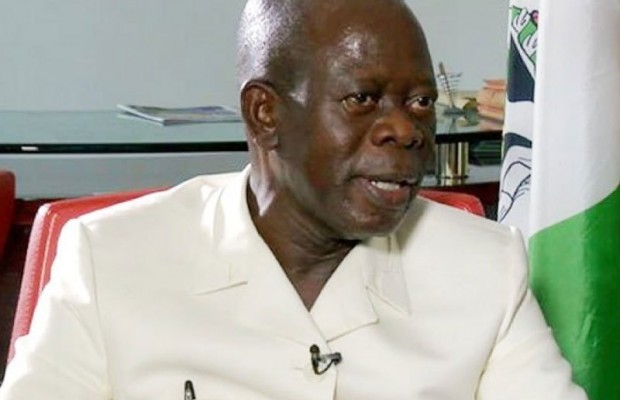 Members of the All Progressives Congress (APC) in Edo State, say Monday Court of Appeal ruling that quashed the suspension of Comrade Adams Oshiomhole as National Chairman of the party, would linger in their memories as a day of victory for justice, due process, for light transcending darkness, rule of law, for upholding constitutionalism and respect for party supremacy and internal mechanism of conflict resolution.

‎Addressing journalists in Benin City on behalf of other governorship aspirants and party members, the deputy governor to Oshiomhole for eight years, Dr. Pius Odubu, said "it is also a moment of sober reflection for us in Edo State APC as we remember the unwholesome role played by the Governor of Edo State, Mr. Godwin Obaseki in the failed attempt to remove our National Chairman, Comrade Adams Oshiomhole his benefactor

In his speech titled "Comrade Adams Oshiomhole's triumph at the Court of Appeal: A victory for all APC members and Democracy", Odubu chronicled the crisis, saying that "it started with the illegal midnight inauguration of the 17th of June, 2019, where the majority of our Honourable Members-Elect were excluded from the inauguration and till date, they have not been inaugurated"

While he accused governor Obaseki of being behind the harassment and attack of party members who are not disposed to his 2nd term bid, said even the National Chairman, Comrade Adams Oshiomhole was not spared as he has been attacked severally both in Benin City and in his hometown, in Iyamho.

"The height of it was the demolition of the 5 Star hotel belonging to Comrade Tony Kabaka Adun even when the matter was subjudice. We are also not unaware of the clandestine move to revoke the C of O of the Properties belonging to some of our Party Leaders.

He said the Governor ought to be a political leader that unites all members of APC together but became an instrument of division, intimidation, humiliation and political vendetta.