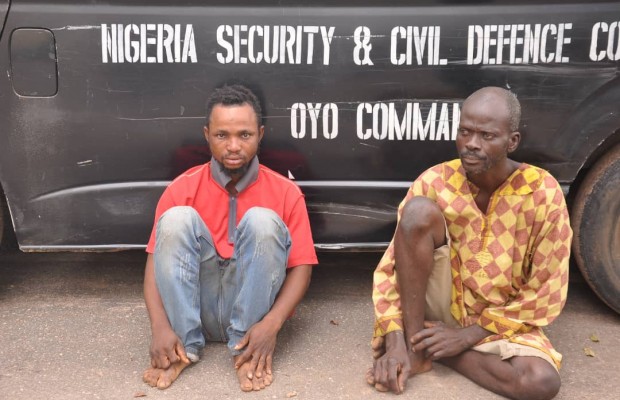 Officers of the Oyo state command of the Nigeria security and civil defence corp have arrested two suspects for allegedly raped their victims.

The suspects, Fatai  Wahab, 50 and Muyiwa Olatunde, 28 have confessed yo the crime.

The first suspect was arrested in Igbeti area of Oyo state after he had raped a 10 years old girl while the second suspect committed the incest with a 16 years old girl and allegedly went to a radio station that officers of the security agency busted his house.

The State Commandant of the Corp, Isikilu Akinsanya urged parents and guardian to ensure close monitoring of their children and wards to prevent dishonest people from taking undue advantage of the undefended children.

While calling for more support of the people, Akinsanya promised that the suspects would be charged to court for prosecution.