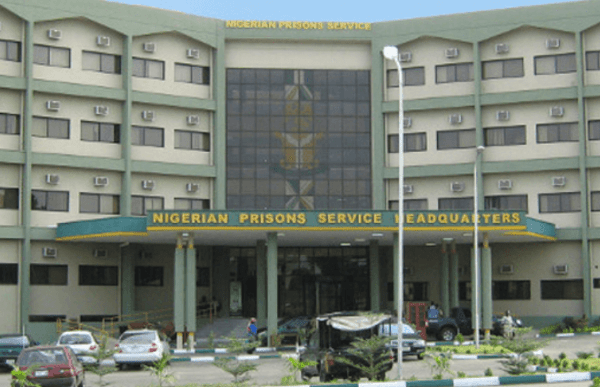 President Muhammadu Buhari has assented to an Act changing the name and nomenclature of the Nigerian Prisons Service to Nigerian Correctional Service.

The Act which effectively repeals the Prisons service Act as it breaks the sector into custodial and non-custodial services with specific responsibilities.

The bill which was transmitted to the President on July 20th 2019 was assented to in August this year.

Under the new Act, prisoners who acquire skills while serving jail terms but start earning money from such ventures would be required by law to remit one-third of his or her profit to the federation account. While some percentages will be his for keeps.

For the custodial service, the Act stipulates that where an inmate sentenced to death has exhausted all legal procedures for appeal and a period of 10 years has elapsed without execution of the sentence, the Chief Judge may commute the sentence of death to life imprisonment.

In the new Act also, section 12 (8) empowers the state Controller of the Service to reject more intakes of inmates where it is apparent that the correctional centre in question is filled to capacity.

Senior Special Assistant to the President on National Assembly Matters(Senate) who declined to comment on his alleged sack by the Presidency, explained that under the custodial service clause, custody and control of persons legally interned in safe, secure and humane conditions and convey remand persons to and from courts in motorized formations when necessary will be covered under the new law.

The reforms also empower the Correctional services to identify the existence and causes of anti-social behaviours of inmates including conducting risk and needs assessment with a view to developing appropriate correctional treatment methods for reformation, rehabilitation and reintegration.

Enang said the Act encapsulates the implementing reformation and rehabilitation programmes to enhance the reintegration of inmates back into the society and initiating behaviour modification in inmates through the provision of medical, psychological, spiritual and counselling services for all offenders including violent extremists.

The Act equally empowers inmates through the deployment of educational and vocational skills training programmes and facilitates incentives and income generation through Custodial Centers, farms and industries and administering borstal and related institutions; providing support to facilitate the speedy disposal of cases of persons awaiting trial.

Asked how feasible it would be for inmates to get what is due to them after the government must have made their deductions, he said the law stipulates that the money will be divided into three places, the person who produces will take one third, the prisoner will take one third and the last one third will go to consolidated revenue fund of the federation.

He explained that the essence of the Bill was to ensure there is enough funding for the service to take care of the welfare of the inmates and workers.

The Federal University of Agriculture Makurdi, Benue state was renamed after Joseph Sarwuan Tarka born 1932 and died in 1980.

He was a Nigerian politician from Benue State and a former Minister for Transport and then Communications under General Yakubu Gowon.

He was one of the founding members of the United Middle Belt Congress, a political organization dedicated to protecting and advocating for the country's Middle Belt.