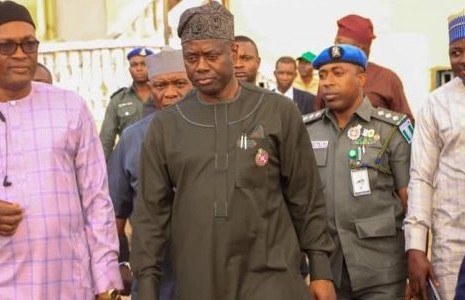 Oyo state governor, Seyi Makinde has ordered the demolition of the torture centre in Ibadan where 259 inmates were recently rescued by officers of the Oyo state police command.

Makinde who disclosed this during a visit to the centre today revealed that 22 out of 259 inmates are ill and are currently being hospitalized.

Governor Seyi Makinde who led other government officials to the centre where 259 inmates were rescued condemned the alleged torture and inhuman treatment at the centre.

Makinde disclosed that appropriate organ of government has been saddled with the responsibility of demolishing the centre while the law would be enforced.

While insisting that he would not tolerate any form of incarceration of persons under any guise.

At the rehabilitation centre located around Sanyo area of Ibadan, the governor disclosed that 22 out 259 inmates rescued are critically ill.

It was gathered that some parents have been coming secretly to take their children from the centre.

Also, some of the inmates confirmed that they were brought to the home by their parents who accused them of bad behaviour.