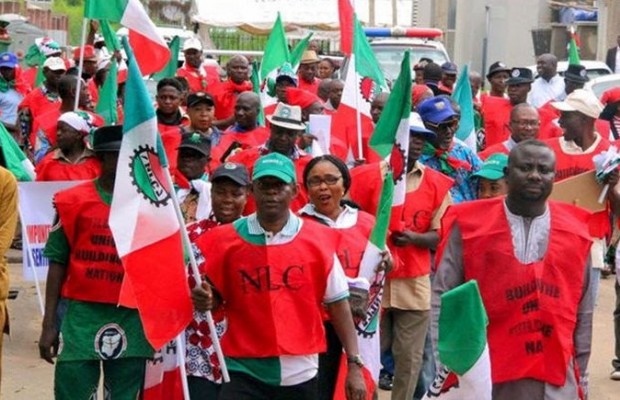 Labour leaders in Nigeria have called on state Governments yet to implement the recently approved minimum wage to urgently do so in other to avoid strike action.

This was disclosed by the leaders during an annual meeting of the Joint National Public Service Negotiating Council organized by the office of the Head of Service of the federation with the theme MANAGING THE CHALLENGES OF EMERGING REALITIES IN LABOUR MANAGEMENT in the Federal public service, held in Yenagoa the Bayelsa state capital.

Speaking on the theme, the TUC National president Comrade Olaleye Kadiri and the representatives of the NLC president and chairman of the Joint National Public Service Negotiating Council advised the federal government against implementing policies that are detrimental to workers.

The permanent secretary, service welfare office of the Head of service of the federation Dr Evelyn Ngige promised a peaceful co-existence between workers and the government as the Bayelsa State Governor Seriake Dickson who was represented by his SSG also promised to ensure prompt implementation of the new salary structure in the state.

The Joint National Public Service Negotiating Council meeting which started on Monday is expected to end today after various submissions from Labour leaders as well as state and federal government contributions in finding a lasting solution to the problem of workers welfare.