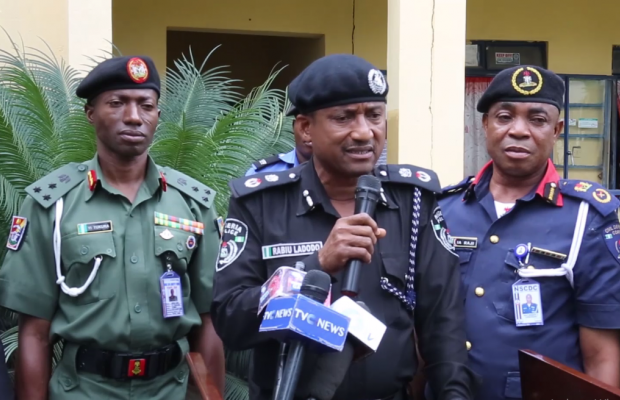 Security chiefs comprising Army, police, civil defense, Immigration, DSS among others in Imo state southeast Nigeria have issued out a strong warning to the proscribed Indigenous people of Biafra IPOB over the alleged call for a sit-at-home come may 30th.

The security chiefs while addressing journalist at the police headquarters in Owerri the state capital shortly after closed-door deliberation that lasted hours said, they have mapped out several ways they will deal with the group should there be any public disturbance perpetrated by them.

The commissioner of police CP Rabiu Ladodo bearing the resolution of the security chiefs vows that they will leave no stone unturned in ensuring that absolute orderliness is maintained in the state no matter whose ox is gore.

They, however, called on members of the public to on the said day to go about their lawful businesses with fear, as the security agencies in the state with strong collaboration will ensure their safety.

It would be recalled that the IPOB through social media had issued a release calling on Nigerians from the Igbo extraction to boycott all forms of activities and remain at home on the 30th of May being a day set aside to remember all their fallen heroes.