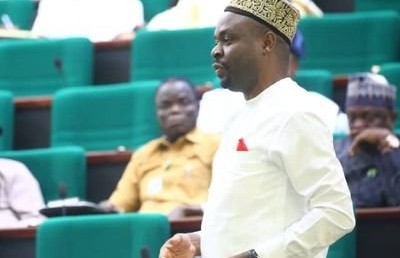 Briefing newsmen at the command headquarters in Owerri the police public relations officer  SP Orlando Ikeokwu said the plaintiff said she conspired with one Mr Emeka  Monroe to extort money from the lawmaker and threaten to blackmail him if he refused to comply.

The police spokesperson noted that Mrs Kamalu had earlier been arrested by the police command, against a report of advance free fraud, threat to life, conspiracy, child trafficking and forgery crime against the lawmaker.

The police authority disclosed that Mrs. Kamalu had earlier made a confessional statement to the command with one Mr Emeka Muoneka who took her to Nnewi in Anambra State where they bought a three days old baby boy at the sum of 1,800,000.00, for the purpose of deceiving Honourable Kingsley Uju Chima and blackmail him into sending money to her.

Meanwhile, the Honorable member had earlier debunked the allegation saying that it is politically motivated.