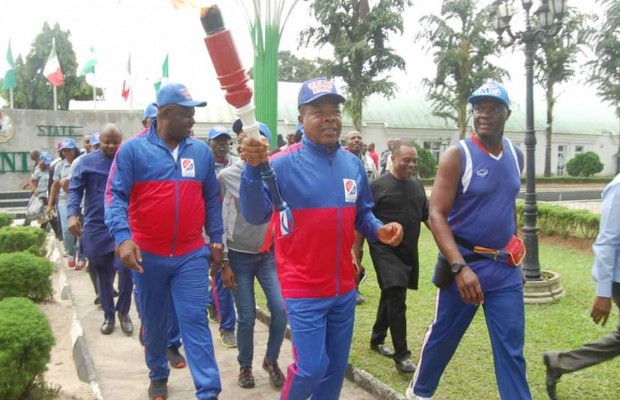 As part of the efforts to resolve the ongoing land dispute between the people of Ngor Opala local government, Owerri North local government and 211 regiment group of the Nigeria air force, Governor Emeka Ihedioha has asked the indigenes to withdraw their case against the Airforce from the court.

The governor, who waded into the matter upon the plea of the commandant Group captain Elisha Philip while addressing the aggrieved persons admonished them to see the benefit that could be derived from the sitting of the 211 regiment group in their locality.

While speaking, one of the traditional rulers of the aggrieved communities expresses dissatisfaction over the modalities used in allocating the land by the then state governor Okorocha's administration.

The 211 regiment group captain, however, lauded the state government's prompt intervention and assured the host community of maximum cooperation.

The monarch said part of their anger was the fact that lands were grabbed for personal use in the name of the Air force. They said aside the 100 hectares given to the Airforce additional 100 hectares were deceitfully taken for estate project by then-governor Rochas Okorocha without the consent.