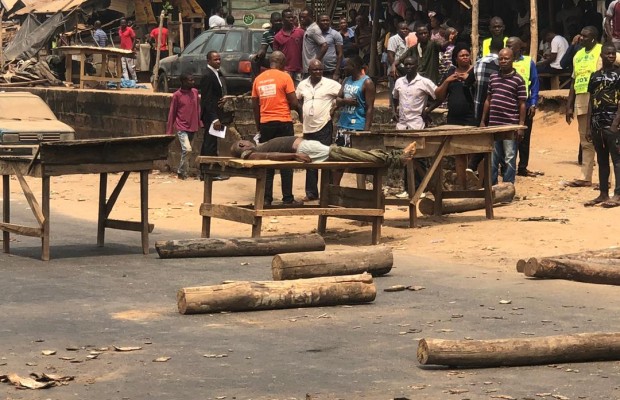 Barely twenty-four hours after the Delta state police commissioner Hafiz Inuwa faulted the claim by residents of Uwheru community over the killing of eight farmers by suspected herdsmen, members of the community have exhumed six of the corpse buried in a shallow grave in the bushes.

The corpse which was taken to the Area command police station in Ughelli by the council chairman in two trucks with residents around midnight is seen as proof to rubbish the claim by the police.

Speaking on the latest development, the chairman Ughelli local government who led the team that took the corpse to the police and the Community president General said he has informed the Governor and police commissioner on the discovery.

The community leader stressed that the Delta police commissioner was misinformed on the killings in the community.

It will be recalled that the Delta police commissioner had debunked the killings in the community, while he also maintained his stand when contacted by our correspondent on the exclusive video saying they should provide answers on who hurriedly buried the people in shallow graves.