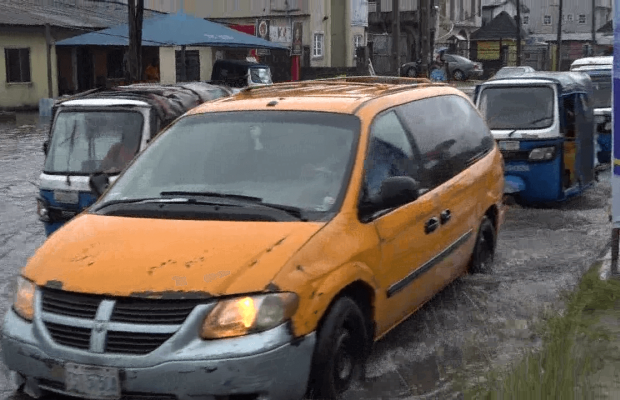 An overnight rainfall have led to the flooding of major roads at Ekpan community in Uvwie local government area of Delta state.

The flooding which led to serious vehicular traffic along the busy Warri refinery road, also prevented shop owners from opening shops as some students stayed away as a result of the heavy downpour.

Some shop owners who resumed for work but met a flooded premises spoke on the challenges faced by the flood.

Commercial tricycle operators who spoke call on government to channel the water to streams as they attribute the flooding to indiscriminate waste dump.