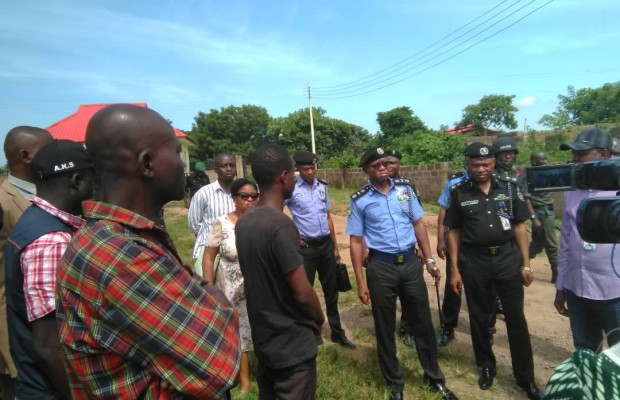 The police have arrested three persons in connection with the abduction of a United Kingdom (UK) trained son of Prof Isaac Adewole, a former Minister of Health and ex-vice chancellor of University of Ibadan, Adedayo Adewole, a medical biochemist, who was kidnapped on Tuesday evening by gunmen in Ibadan, the Oyo State capital.

The police have also launched a manhunt for the kidnappers of the young Adewole, who was said to have been kidnapped at about 5:30 p.m on Tuesday in his poultry farm located at Iroko, a suburb of Ibadan, in Akinyele Local Government Area of the state.

The three persons that were arrested included the driver that the victim employed a few days ago, Mr. Gbenga Ogunleye; the farm manager, Mr Sodiq Adebayo, and one other worker on the farm.

Adebayo said the kidnappers were four in number and their hooded leader wore military camouflage, while three others did not cover their faces, but only put on black clothes, and were armed with guns and other dangerous weapons, adding that the kidnappers spoke a tongue he suspected to be Fulani language.

The victim said to have been taken away from his farm in his car and the car was later abandoned about two kilometres to the farm, and he was taken into the thick forest, and probably transferred into another vehicle. The car was recovered from where it was parked. But a combined team of security agencies and local hunters reportedly combed the forest throughout the night of Tuesday with a view to rescuing the young Adewole, but to no avail.

Meanwhile, the Assistant Inspector General (AIG) of Police in charge of Zone 11, comprising Oyo, Osun and Ondo States, Mr. Leye Oyebade, and Commissioner of Police in Oyo State, Mr. Shina Olukolu, on Wednesday afternoon visited the farm, and a point where the victim's car was abandoned near Aba Ode Junction around Amosun village.