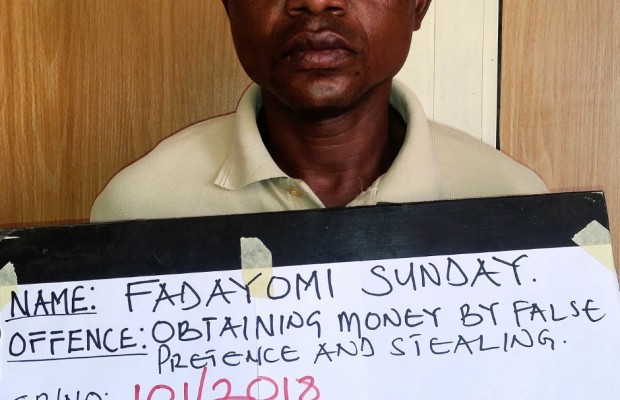 Justice Muhammed Owolabi of an Oyo State High Court has sentenced one Sunday Fadayomi, a former Employee of a microfinance bank to a six-month imprisonment for stealing a sum of N11,000,000 (Eleven Million Naira).

The convict is an information system expert in charge of the bank’s information technology section, the position he held for about 10 years before his criminal exploits were blown open.

The bank, in a petition dated April 17, 2018 had accused him of sundry criminal activities including posting money to customers’ accounts without tellers, posting cash deposit at weekends when the bank was not opened for operation, accessing loans without intention to pay and using proxy accounts to commit fraud, among others.

After firming up its series of investigations into the allegations, the EFCC arraigned him on the 30-count charge on May 17, 2018. Fadayomi, however, pleaded not guilty to all the charges which border on stealing and contrary to Section 390 (6)(9) Criminal Code of Cap 38, Vol. 2 Laws of Oyo State, 2000.

After considering arguments by the prosecution and defence lawyers, Justice Owolabi held that the EFCC lawyers convinced the court that that accused indeed committed the offence with which he was charged.

He found him guilty in all the 30 charges and sentenced him to six years imprisonment without an option of fine.