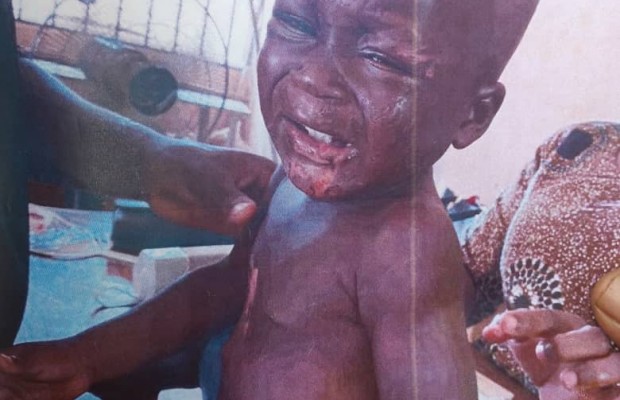 The police prosecutor, Mr. Fagboyinbo Abiodun, told the court that the defendant committed the alleged offence on May 25, 2020, at about 1:30 pm at Okinni area, Osogbo.

He alleged that the defendant beat up his one and half year- old son with a stick and cigarettes light to the extent that he sustained injury all over his body.

The defendant who has no legal representation pleaded not guilty to the two counts charges of assault levelled against him.

The defendant, who blamed the devil for his action, stated that he felt like beating the boy, who is his fifth child, whenever he sees him.

The Magistrate, Mrs. Modupe Awodele, ordered the remand of the defendant in Ilesa Correctional Center and adjourned the matter to July 14, 2020, for hearing.

Xenophobia: Act, we are behind you, house tell buhari