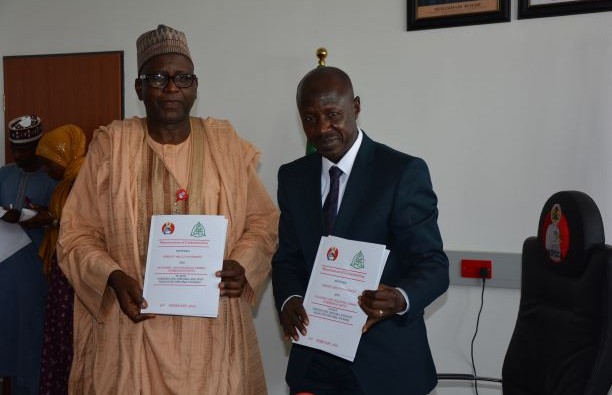 The Economic and Financial Crime Commission has charged Universities to have a curriculum that centers on corruption and money laundering.

Acting Chairman of the Commission, Ibrahim Magu gave the charge at the signing of a memorandum of understanding aimed at promoting the fight against corruption within the university environment.

Magu said, Universities should insist on having curriculum which focuses mainly on corruption and money laundering as it will go a long way in sensitizing, educating and creating awareness to the public

The EFCC Boss, however, urged Nigerians to take responsibility and ownership in the fight against corruption

Vice-Chancellor of Amadu Bello University, Prof Ibrahim Garba said, the aim of the memorandum is to promote the overall fight against corruption at the intellectual level beyond the physical level  that the Economic and Financial Crime Commission has mastered over the years

He also stressed the need to imbibe anti-corruption ideas in the student in a bid to using the vanguard of making the country free from corruption.