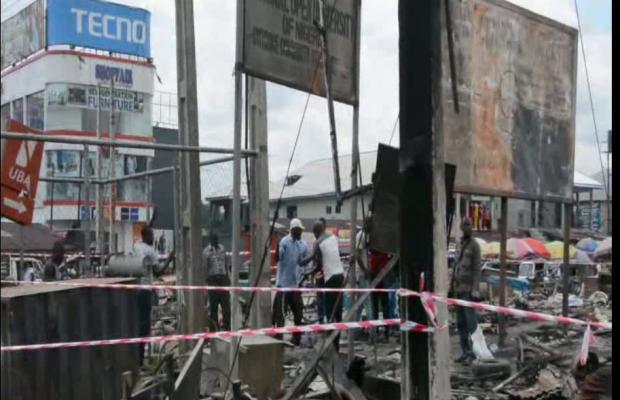 Barely a week after a community leader at Ughelli community raised the alarm on the imminent dangers of the Otowodo market along the busy East-west road before the market went up in flames, the community chief has again blamed the market location for the inability of firefighter’s to gain access.

This is coming barely twenty-four hours after the Delta state Government set up an investigative panel to investigate the remote cause of the fire.

Speaking on the incident, the community leader stressed his initial interview when Galaxy TV broke the news of the imminent danger and the market location.

An eyewitness and a trader narrated the cause of the fire outbreak and the losses incurred by traders at the market.

It will be recalled that the market was said to have gone up in flames as a result of sparks from a power transformer.