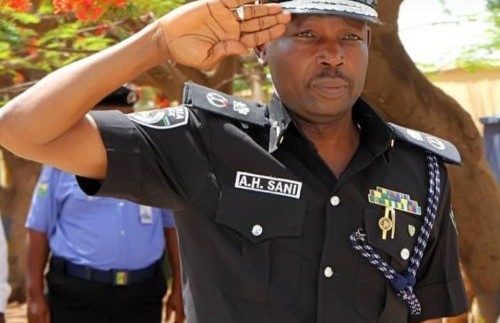 A recently busted syndicate that specializes in adopting children from Kano and selling them in Anambra state will be judged according to the existing laws on child trafficking.

This was the stand of the Kano Police commissioner, Habu Sani, who said the law can only take effect from the day it was enacted and cannot be backdated. It would be recalled that the Kano state government had constituted a committee whose terms of reference includes coming up with appropriate law that would be used to punish children traffickers in the state.

Even though there was no law quoted, the governor of Kano state, Abdullahi Ganduje initially said the children traffickers apprehended will face the death penalty for stealing children in Kano and selling them in Anambra state.

The adoption of children in Kano by traffickers has attracted several reactions and condemnations from well-meaning individuals across the country, however, the police commissioner has said that everyone must abide by the law in dealing with criminals involved.

Oyo Govt Restates Commitment to Wellbeing of Mothers and Child