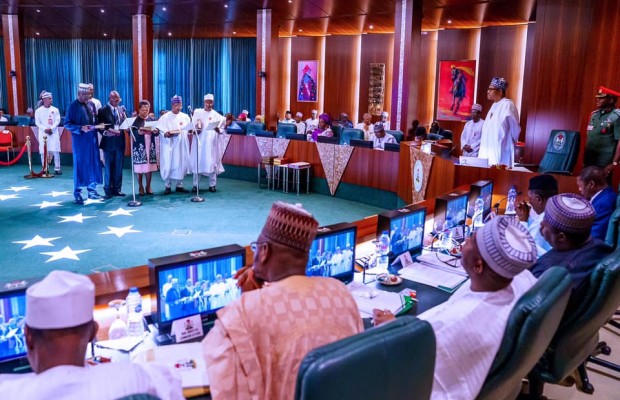 The swearing-in was done before the commencement of the Wednesday’s federal executive council meeting held at the presidential villa, Abuja.

The new senior officials are to fill the positions in the federal civil service left vacant following the retirement of some former permanent secretaries.

Among those sworn in, is Evelyn Ngige, wife of the minister of Labour and Employment Chris Ngige.