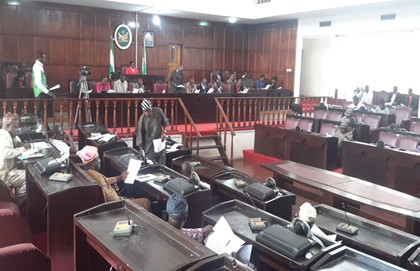 Thirteen lawmakers in the Ondo State House of Assembly have elected Bamidele Oloyelogun as the new speaker of the assembly.
Oloyelogun polled Nine votes to defeat Olamide George who polled four votes while Ogundeji Iroju emerged as the Deputy Speaker of the Assembly
13 lawmakers loyal to the the impeached speaker, Jumoke Akindele did not participate in the exercise.
Reports by Lebi Joseph