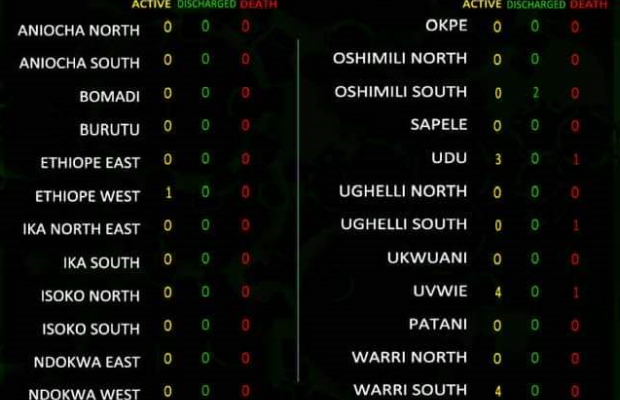 The Delta state government has confirmed the death of another COVID-19 patient in the state which brings to three the number of fatalities so far recorded in the state.

The state commissioner for information Charles Aniagwu made this known few minutes ago to Galaxy news while also making available the present information chart which shows the dead patient is from Ughelli south local government area of the state.

The state commissioner for health is expected to lead newsmen to the newly acquired mobile testing equipment in Asaba to show the level of preparedness in testing more persons in the state.