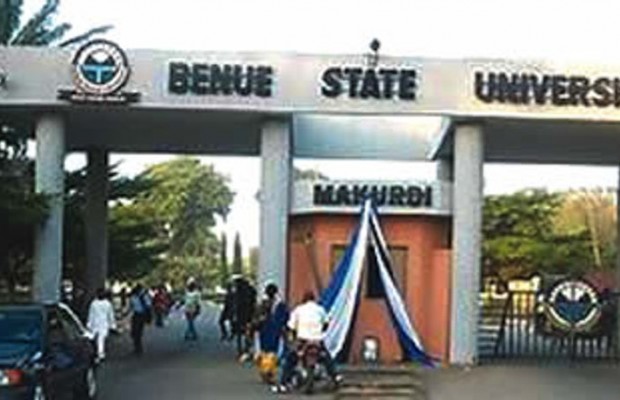 Benue State University authority has closed down the institution following the peaceful demonstration embarked on by the students of the school.

More than five hundred students had staged the peaceful protest with placards and leaves demanding the school authority to listen to students and revert or the gate will remain closed. They had accused the school management of failing to heed to the new directive of NUC despite a series of meeting with the authority. Some of the students' leader had this to say during the protest.

The leader of the students and a 400 level psychology said many students have dropped out from school because of the grading system, a situation he said the school authority must revert like other Universities.

Meanwhile, in response to the student's protest, the management had issued a statement from the Registrar, Dr Mrs Mfaga Modom, closing down the University to prevent break down of law and order, while urging students to vacate campus latest 4 pm this evening.  But said they already complied to the new directive of 5 point grading system.