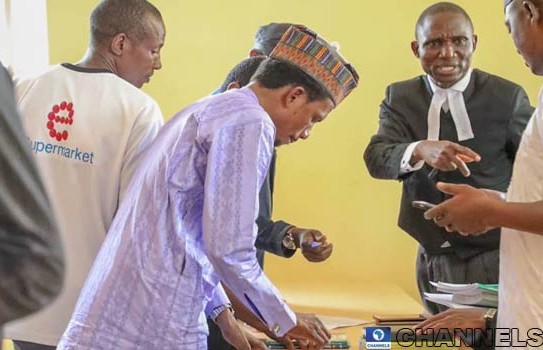 The Nigerian Police have arraigned Senator Elisha Abbo at a magistrate court in Zuba on a one-count charge bordering on criminal force and assault.

Abbo who is currently the youngest senator in the ninth Senate was captured on CCTV footage assaulting a woman in an adult shop.

At the court on Monday, Abbo who was attired in a lilac coloured kaftan, pleaded not guilty when the charge was read out to him.

The police counsel James Idachaba prayed the court to grant an adjournment so as to give the police time to conclude their investigation.

Counsel to the defendant, Adegbite Adeniyi urged the court to admit his client to bail in self-recognizance, assuring that Abbo would not evade trial or destroy evidence.

However, justice Abdulahi Ilallah granted the senator bail in the sum of N5m. Abbo is also to produce two reliable sureties with verifiable addresses within the Federal Capital Territory.