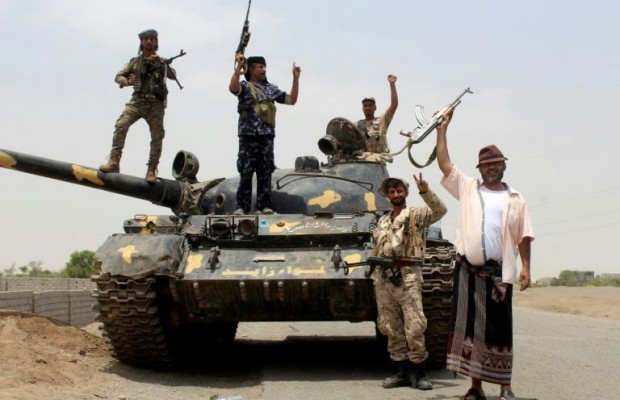 Yemen's internationally recognised government has accused the United Arab Emirates (UAE) of launching air raids that killed dozens of its troops heading to Aden, amid intense clashes for the control of the key port city.

The fighting in recent weeks between President Abd-Rabbu Mansour Hadi and the separatist Southern Transitional Council's (STC) forces has opened a new front in the complex war in the Arab world's most impoverished country. The two sides are nominal allies in a Saudi-UAE-led coalition fighting the Houthi rebels who control the country's north.

Colonel Mohamed al-Oban, a Yemeni commander of the special forces in Abyan province, said his soldiers were on their way to Aden on Thursday when the air raids took place.

A Yemeni official said over 30 soldiers were killed by airstrikes on the eastern outskirts.

Al-Oban did not say who was behind the air attacks, but the government blamed the UAE, which has trained and supported the separatists.